[This resource is intended mainly for someone teaching a primary level student. Please amend the story freely to suit your teaching style. It may also be useful for students of any age revising ‘the mean’.]

Tell the student that they give everyone a drink of [gesture student to provide name of drink].

Draw out a picture of five glasses with the following amounts: 100[ml], 200, 300, 400, 500; saying which person gets which glass, and mention that the student has got the biggest one; something like this: 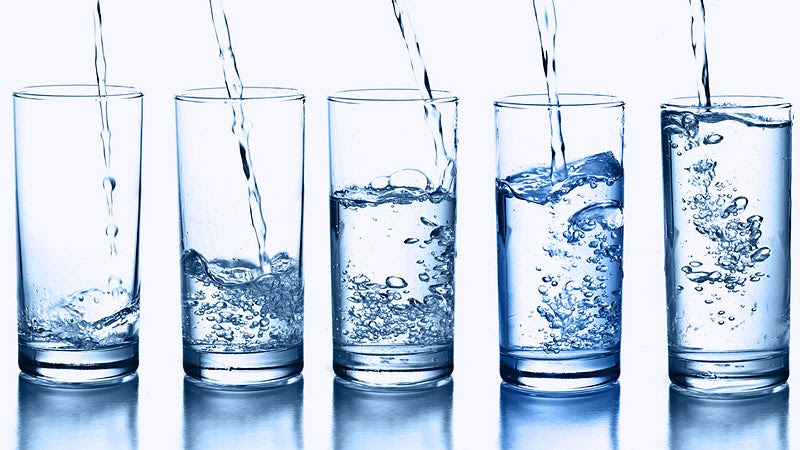 Now ask, “What happens next?”, and pause for dramatic effect.

Try to draw out the answer that Billy, say, who got the smallest glass, will pipe up and say, “That’s not fair!” In the process possibly cast some humorous aspersions on how good a host the student is for giving themselves the greatest amount.

Emphasise that the mean is all about fairness – finding the fair amount – and ask the student how they might achieve this. I usually insist that at first they not be able to use anything apart from the glasses, in which case the only way to make things fair is to tip water from one glass to another until they all have the same amount: in this case tip 200 from 500 into 100 (=300 each) and tip 100 from 400 into 200 (=300 each). So the answer is 300.

This ‘tipping method’ gives probably the best insight into what the mean actually is. However, it is not always easy to do, for example when there are lots of numbers and they don’t form some kind of easy pattern.

For a second method tell the student that they are allowed to use a jug: they may hopefully work out (especially if they have come across the mean before) that you need to tip all the water into the jug (add the numbers) and then pour out fairly (divide by the number of cups (i.e. numbers that there were originally)). This is the ‘jug method’ and is the most common way of calculating the mean.

Emphasise that these two methods are my own made up words and that if the student starts talking about ‘the tipping method’ and ‘the jug method’ with their teacher at school then they will get strange looks! Teachers will, however, recognise all the working that you do. It is important to know both the tipping method and jug method as each is suitable for different practical examples and exam questions.

Having gone through the methods it is a good idea to go through some examples straight away to make sure the student is easily making the link between the numbers they are given and the analogy for those being amounts of water in glasses.